Today, The Racing Horse has three qualifiers for the Pacafi Bet and we have backed one of them and have secured the right price. An inspection had been called for 8am at Lingfield with the chase course waterlogged in places on Monday, but a positive decision was able to be made earlier. Clerk of the course Neil Mackenzie Ross tweeted: "Racing goes ahead today. Heavy, wet ground on the chase course. Dry and cold day forecast, 2C. Going Stick 4.1".

We did not have a bet yesterday but we did highlight the chance of  Legacy Gold for Stuart Crawford and she bolted in at an advised 7/4.

The Racing Horse was fascinated to hear the latest news regarding Frankel as he is about to embark upon his career as a stallion. Now at owner Khalid Abdullah's Banstead Manor Stud in Newmarket after being retired from the track unbeaten in 14 starts, Frankel has already attracted some of the top names such as Alexander Goldrun, Danedream, Dar Re Mi, Midday, Stacelita and Vodka. Further additions to his visiting book have now been announced, such as Flirtation (dam of English and Irish 1000 Guineas winner Attraction), Maycocks Bay (dam of dual Oaks winner Sariska), Stacelita's dam Soignee, and Zomaradah, the dam of Irish 2000 Guineas winner Dubawi. 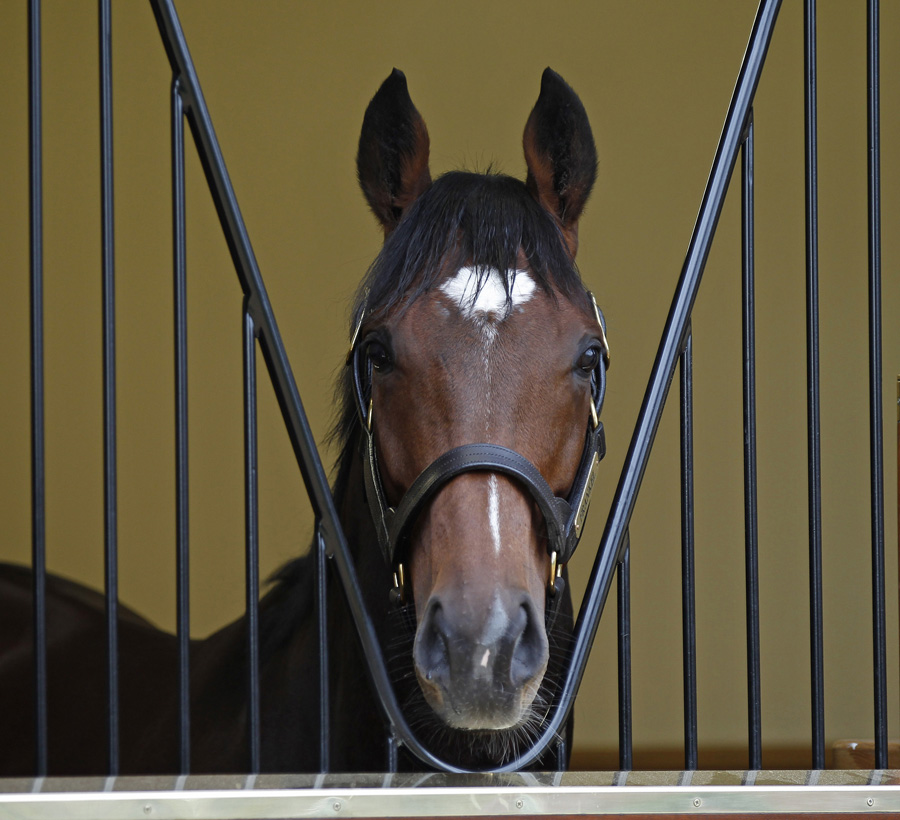 Juddmonte Farms general manager Philip Mitchell said: "His book of mares is as one would hope and expect for 'the best racehorse ever. We are most grateful to all the breeders in Europe, America and Japan, who have put their faith in Frankel and as a result we have one of the most impressive books of mares that a first-season sire has received."

Simon Mockridge, stud manager, said "Frankel has really pleased us since arriving at the stud last November. He settled in very quickly and showed us from the start that he is an 'alpha' male. He is an intelligent horse with an active mind, and physically he looks really well in himself. Just as when he was a racehorse, his appetite is fantastic. He has already put on 45 kilograms since his arrival. Like the other stallions here, he will be very busy from this week until the end of June. But his preparatory exercise has gone well and we are looking forward to him starting his stud career."