The Racing Horse felt it just missed out yesterday. We won on the day but only had two winners from our five qualifiers that ran (one was a non-runner). We did land our maximum bet and hope our confidence came through enough so that our reader took advantage. When we go maximum we rarely leave our money behind.

Fakenham was testing and ours ran on the worst ground

Had we known how testing the last race at Fakenham was going to be we might not have got involved. The race has thrown up some useful mares in recent times and ours won by racing on the worst ground for the second half of the race, which could not have helped. Free Thinking had previously looked good when winning on debut on the Polytrack at Kempton in December and it is to her credit she remained unbeaten on this sort of going. Also, she conceded loads of weight to the runner-up and the win is better than it looks. The Listed mares´ bumper at Aintree in April awaits this horse.

There was a special reason for The Racing Horse to enjoy the win and that was because we talked exactly about this type of bet on our blog page yesterday. This is where we identify a horse at the wrong price early, we said:

'The horse had opened as the favourite at short odds (4/6) but we thought the horse should be shorter again. We could be wrong but the difference in odds encouraged us to have a maximum stake bet. We use this hunting approach to betting and wait for an opportunity where the bookmaker has got his book wrong. Our records show we get these decisions right about 80% of the time - our winning bet started at 2/5.'

Aryal did nothing wrong except get beaten

Now and again the Racing Post get things wrong and they did yesterday with the summary of the 2.30 Lingfield Maiden race. They summarised that Aryal was in some way at fault for his defeats to date and that is not true. One was debut beaten a couple of heads, the next a mistake from trainer Mark Johnston and yesterday an error from jockey Joe Fanning. It is true that Aryal has now traded at odds-on on the exchanges all three starts and looks frustrating but that is not the reality. He might be a slow learner but only got beat because he was used more than the winner early in the race. It was great to see him stick his head out and run to the line and only just got beat. Had he been given the run of the winner he would have won such are the fine margins of defeat and victory. Joe Fanning rode a decent enough race on our charge but Jim Crowley has now gone past him proficiency wise, and rode a better one! Horses rarely lead all the way at Lingfield especially over a distance and Fanning would/should have known that. We had nominated the forecast.

So far today we have five qualifiers for our Pacafi Bet but only one bet. Two of them were close to being backed but the price/value was not there. One horse that has not quite met our criteria but looks every inch a winner is Hillbilly Boy 12.40 Lingfield and is currently trading at evens with Stan James (10.21) and looks value to us! It must start odds-on against Lady Lunchalot with Charlotte Jenner onboard. Both jockeys are 7lbs claimers but the similarity ends there! Ryan While has a winning double on turf to his name, cannot imagine Charlotte doing that. It will be interesting to watch the styles of the two jockeys. 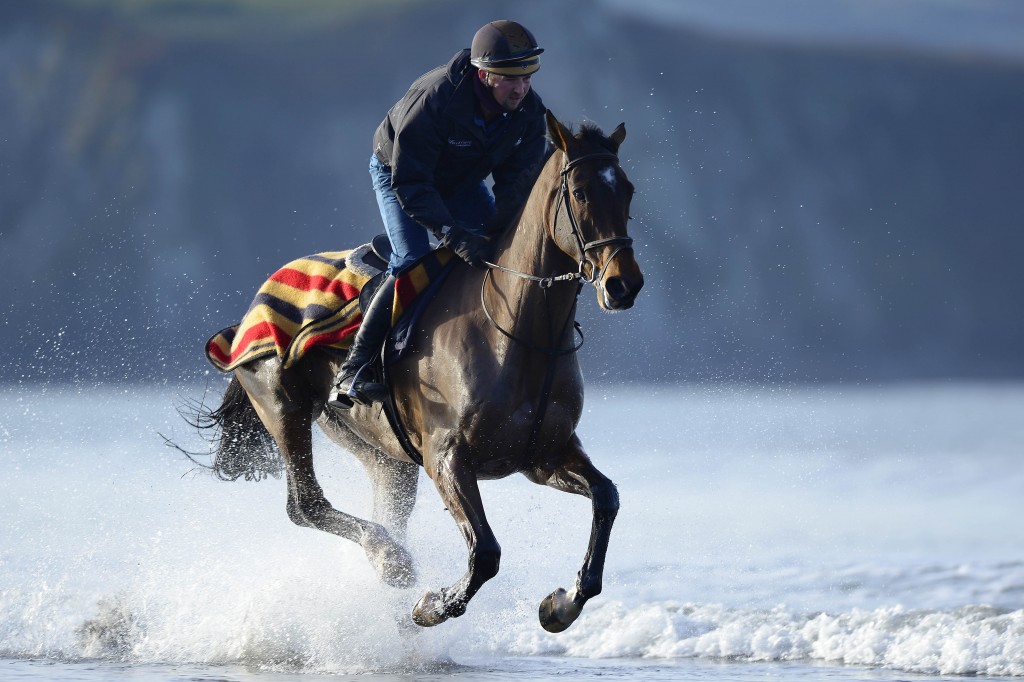 Teaforthree prepares for the Grand National

The Racing Horse has affection for Teaforthree after following his career close-up and personal. He runs in the Betfred-sponsored Grand National Trial and again takes on Coral Welsh National winner Monbeg Dude. There does not appear to be much between them, but Teaforthree gets a 3lb pull and is the much better jumper, and at Haydock you do not get a second chance. It is going to be tough for Rebecca Curtis runner carrying 11st 11lbs but he is big enough to carry the weight. Do not expect the horse to be beaten up if he does not have winning chance in the closing stages, horseman Nick Schofield rides today and should be seen to good effect especially jumping the Haydock fences. He currently trades at 6/1 (Bet365 11.45). For value and at the weights our eyes are drawn to Triggerman who trades at 14/1 (Bet365 11.46). 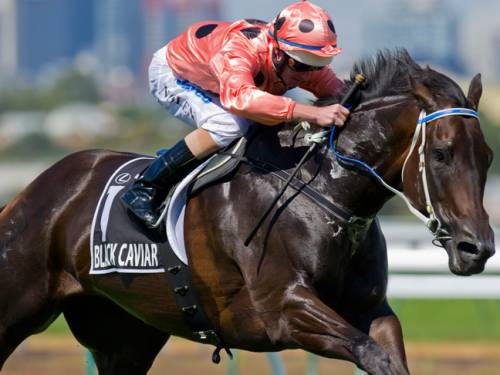 Trainer Peter Moody admitted he "was lost for words" after Black Caviar extended her unbeaten record to 23 in a race named in her honour at Flemington. The astounding sprinter broke the track record with an exceptional comeback performance in the Group One Black Caviar Lightning Stakes.

It was her first run since she claimed a dramatic victory in the Diamond Jubilee Stakes at Royal Ascot in June. Although the great mare's racing career had been in the balance following her exertions in England, Black Caviar made a seamless return to the track by defeating Moment Of Change by two and a half lengths. Moody said: "I am proud to have her back. I am just so proud of her and my team. We were on a hiding to nothing by bringing her back. The job was done and we thought it was over, but to come back and do that and run a record, I'm lost for words. I think it was the first time I've been nervous for a long time - I suppose it was the seven-month break - but I'm just so proud of her."

Jockey Luke Nolen said: "She didn't tow up like she can through the early and middle stages but she towed me into it nicely and I gave her a squeeze because I didn't want to get complacent with win 23. Because you're out on your own and it is a big track when the rail is back to the true and the wind is going about you don't get a real appreciation of how quick you are going. I had a look at the time when I rolled back in and I thought we might have gone a bit quicker than how it felt. She continues to amaze me."

One Response to Teaforthree to enhance reputation?