There were some excellent performances at Wolverhampton on Saturday but surely the most striking was the haughty dismissal of his rivals by Sulky Du Blequin in the Malcolm Ali Memorial Silver Le Trot. The 10yo chestnut gelding nonchalantly bossed the tough Tapeta circuit to cruise home 7 lengths clear but it could have been much more. Anyone who had taken the 4/6 on offer never had a moments worry.

Winning a trot named in memory of Malcolm Ali (one of trotting's biggest supporters) meant a great deal to owner, trainer, driver John Foy and he could not have been more emotional. His post-race interview was a joy, when asked by commentator Darren Owen of the horse's optimum distance he blurted: "He can race one mile, two mile or three miles. He can sprint or he can stay, he can win at any distance!” After witnessing that majestic performance it was hard to disagree!

The gold division of the trot in Malcolm's memory gave us the finish of the night with three horses flashing over the line with just a neck between them! It was T'es Trop Foot who got the judges verdict by a head from Ulysse Du Bosq with Vireo De Regen a nose away in third. The winner was brilliantly handled by the trainer and driver Simon Clarke, who said everything seems to have come together after prolonged injuries.

Clearly it was not easy to boss from the front on this surface and some winners came from much further back. Joe and Kim Alman's 5yo horse Sun Glasses Ron (named after an Only Fools And Horses character) stayed on strongly coming from last to first to land the Grade 1 race for driver Gareth Price.

The 4yo Sports Trick is developing into a star. After a demolition of the Final field at Appleby last weekend, the son of Sportswriter beat last year's Derby winner John Barley by one and three quarter lengths. Team Haythornthwaite are now heading to Musselburgh with this fabulous youngster. 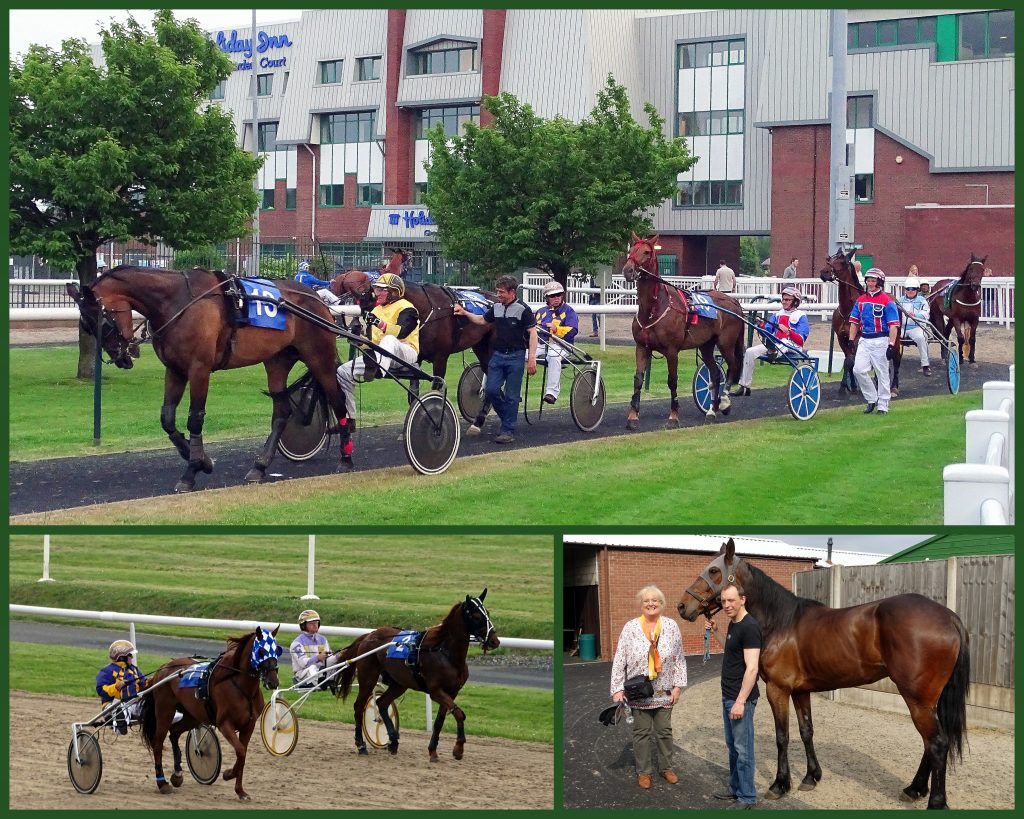 More photos of Saturday's racing can be found on: https://www.facebook.com/pam.moon.56?pnref=story