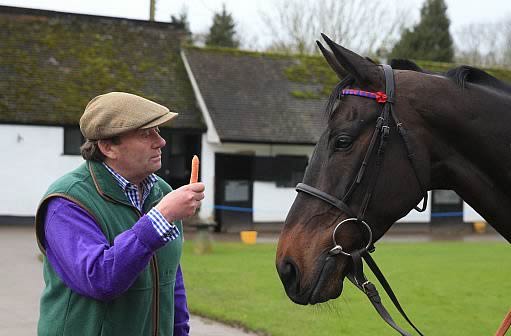 The Racing Horse has always been a fan of Nicky Henderson as a man and a racehorse trainer. We have looked at his modus operandi and passed on some of our thoughts. Significantly of the three National Hunt disciplines 62% of his winners are over hurdles. Over the past 5 seasons Henderson hits the following numbers.

Success should be measured in context:

Does not train those prolific winning individuals

Henderson's biggest earner this season was Buveur D'Air who banked £258,810 from 4 wins. The trainer brought this horse back from chasing to run over hurdles and it proved to be a master stroke. Interesting to note that Henderson does not train those prolific individual winners who just rack up numbers suggesting further that he gives his horses time and, his owners are happy to be patient. Altior was his top scorer with 5 wins. His other three horses to win 4 races were Barman, River Wylde and Top Notch.

Relatively speaking his statistics have clearly recovered from a dismal last season. For 2015/16 he had 81 winners and his lowest score since 2006/7 when he recorded 74. This season has seen him score his fourth largest number of winners whilst securing £2,133,435 in prize money.

His use of jockeys has always interested us and we tended to shy away from those ridden by Andrew Tinkler and not because of competence. Because his rate was always below the top 10 who rode for Henderson we, rightly or wrongly, had the feeling his role was somewhat different to the main strikers. Of the 9 regular jockeys used by the trainer his strike-rate was 9th best and that has got to be significant given the number of rides he has for the stable. Of course he still rode at 20% and in a different stable that would be excellent figures: 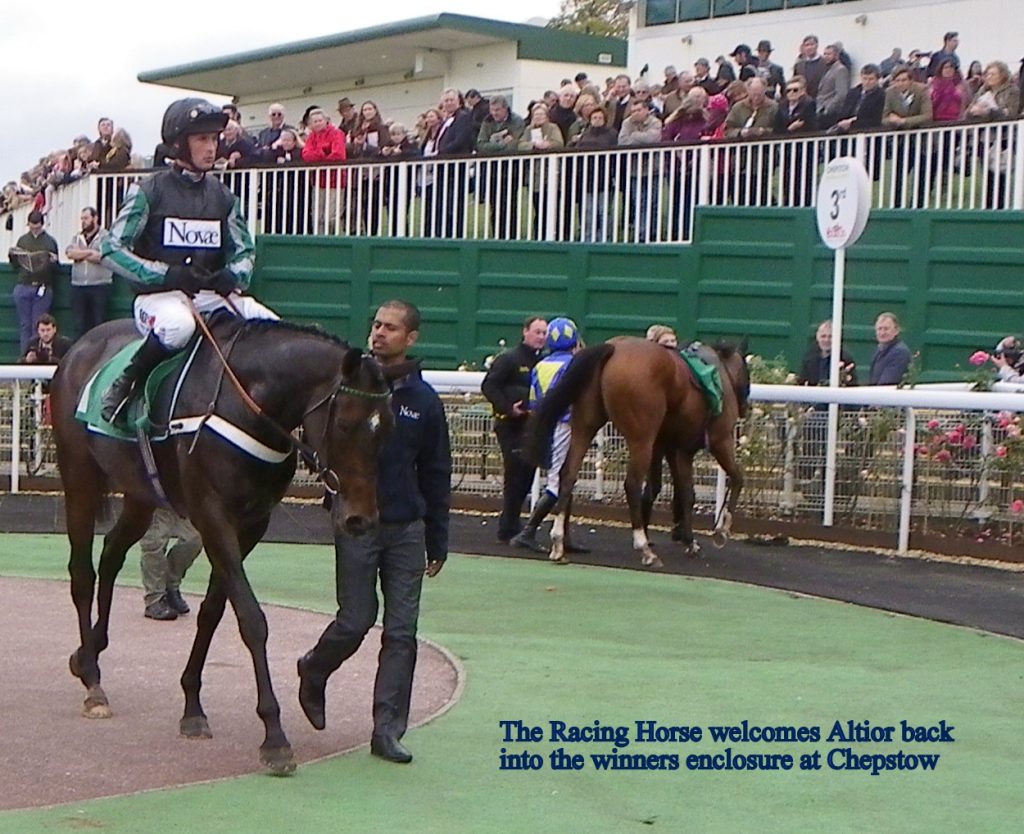 The Racing Horse remembers a nervous Nico de Boinville, at one time he would not look over his shoulder to see how far clear he was, but he grown in the past few seasons and his win ratio and level stake profit speaks volumes. We greeted him back into the winners enclosure with Altior (before he became famous) when he won at Chepstow in and that was a thrill. Nico is always measured but he told me then this was a very good horse and the look on his face in the following debrief was testament to that.

For those looking for a system with Henderson runners?

For those looking for a system with Henderson runners could not do better looking at courses where he farms winners and we have taken advantage of the following statistics both personally and through our advice to members.

Doncaster a stand-out at 38%

Of course his top 10 courses for winners (past 5 seasons) does not mean he makes a level stake profit from all of them but he does at 5 and they include Kempton (28%), Sandown (27%), Doncaster (38%), Aintree (18%) and Market Rasen (32%). Obviously Doncaster stands out because who could have a NH strike-rate of 38% from a sample of 101 runners, well Henderson does!

Backing blind at Newcastle and Kelso

Before we checked to see what his top percentage racecourse winning strike-rate was we knew it would come from a small sample but we still needed to know what to look out for next season. Suffice it to say we will back the trainer's horses blind at Newcastle and Kelso for next season.

The Racing Horse has some great racing days but our visit to Cheltenham (not Festival) and meeting Nicky Henderson (albeit briefly) in the Queen's Box was memorable. This was a day to remember as I was accompanied by John Reid MBE facilitated by Alison Lidderdale. Our hope is the trainer retains good health for many years to come and continues his great work to racing and it is surely time for him to be knighted?