The Racing Horse has only just returned from Australia after taking in a massive 13-race programme of Flat and Harness Racing including our first Melbourne Cup Carnival visit. Along the way we witnessed fabulous characters, brilliant sportsmen and wonderful horses whilst meeting and talking to some of the very best people in racing. Suffice it to say the trip was a fantastic success and we have learnt much and apart from some obvious highlights have lots to talk about over the coming months.

One of the people we met in the Phar Lap marquee on Melbourne Cup Draw Night was Amanda Elliott. She smashed through the Victoria Racing Club's glass ceiling to become its first female chair and was elected unopposed to become the 21st chair in the famous Flemington club's 153-year history. Her key role will be to drive through the completion of Flemington's new $130 million members grandstand in time for the 2018 Melbourne Cup and we are certain that will happen.

Amanda Elliott (Victoria Racing Club Chairman) echoed our views and described the 2017 Melbourne Cup Carnival a great success! She said proudly: "We are delighted with the 2017 attendance figures considering the construction of the new grandstand. The four Melbourne Cup Carnival race-days were again the four most attended in the country. Once again it was a resounding tourism success story and is Australia's original major event and contributes to the economy like no other."

Throughout the Carnival 497 horses competed in 37 races, representing an average field size of 13.4 runners. There were four race cards offering more than $19 million in prize money and 25 individual trainers and 22 jockeys enjoyed victory. Over the four days and under brilliant racing conditions 310,608 local, interstate and international visitors flocked to the 2017 Melbourne Cup Carnival to enjoy the fabulous and competitive racing. On AAMI Victoria Derby Day 87,526 attended, Emirates Melbourne Cup Day received 90,536, Kennedy Oaks Day totalled 63, 673 and Emirates Stakes Day attracted a further 68,873. The total for the four days was 310,608.

Channel 7’s coverage of the Emirates Melbourne Cup was streamed to an Australian and global audience on Twitter for a second consecutive year, reaching a remarkable 1.6 million global total unique viewers in 2017. #MelbourneCup trended in 12 countries and 124 cities around the globe, reaching the #1 trending term in 5 countries that included Australia, Ireland, New Zealand, United Arab Emirates and the United Kingdom.

The J.B. Cummings Excellence Award went to the training partnership of Gai Waterhouse and Adrian Bott for their outstanding Melbourne Cup Carnival achievements, and the Ron Hutchinson Excellence Award was won by jockey Damian Lane.

It was a first and memorable Emirates Melbourne Cup win for the 24-year old Irish trainer Joseph O'Brien and not enough has been made of his personal achievement. Yes, he has received help, but nevertheless he has made the seamless transition from champion jockey to trainer. 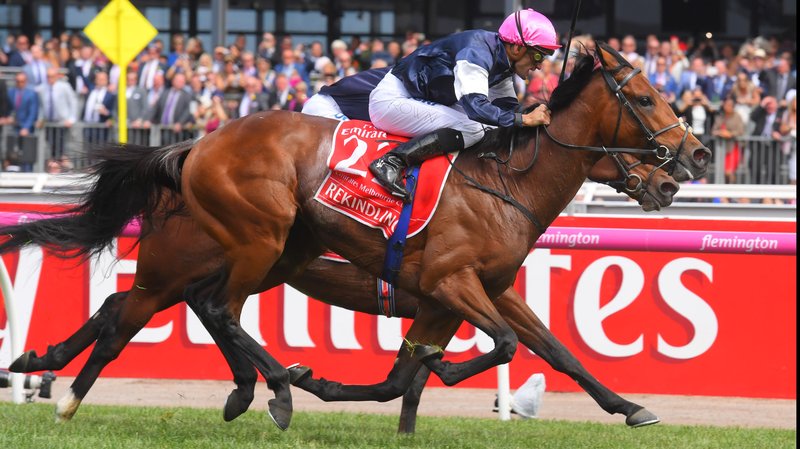 Not only is he the youngest trainer ever to win this race but to win with a 3yo is almost beyond belief. 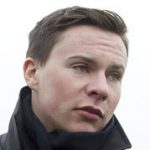 To travel to the other side of the world, deal with quarantine and then race a personal best out of season is an achievement  in itself but for a 3yo to handle the brouhaha of a 23-runner race racing against its bigger and more experienced elders, stay the full two miles strongly to the line in this highly competitive Group 1 against hardened rivals is something else. Ultimately his charge edged out Johannes Vermeer, also owned by Williams and trained by O'Brien's father, Aidan O'Brien. In fact it was an Irish training trifecta, with Willie Mullins taking third with our bet Max Dynamite.

The Racing Horse believes the father and son duo will be back to seriously target this race year on year from now on, and especially given the bloodlines at their disposal. If Dermot Weld changed the criterion of this race in 1993 then Joseph O'Brien has changed them radically again in 2017. Things will never be the same again.

The race has evolved and there is one possible problem on the horizon for the Australians going forward and it remains to be seen how they accept the new landscape. Those living outside Australia have no understanding of the build up of the race or the regard in which the race is held by the home nation. Virtually everyone is on-message and there is a special affinity towards the race that is not replicated anywhere else in the world, it really is a unique relationship between race and country that defies explanation!

It is worth pointing out that nine of the first 11 finishers in this year's race were from somewhere other than Australia and it is our view that it will be very hard indeed for them to win their own race within the next decade at least, and probably longer than that given the proximity/ownership of the staying sires. Calculated and home bias changes might have to be made to satisfy local parties because from here we cannot see how the Aussies can find future winners.

The Melbourne Cup Trends and Analysis

Our very own statistics and trends were almost deemed useless in analysing the race beforehand. It was the first time since Vintage Crop in 1993 that the race was taken by a runner without a prep race in Australia and it was won by a 3yo. Rekindling was the youngest horse/colt (23Mar14) to win the race since Skipton in 1941 and this has a particular relevance for future years, whilst the light weight carried by that colt should not bar him attempting a follow up given he has still some growing to do. It is almost certain that Johannes Vermeer will return for a second attempt in 2018 and already looks the one to beat. The third horse and 7yo Max Dynamite is lightly raced for his age and could return also as Willie Mullins proves his ability to train Flat horses as well as National Hunt at the very top level.