The Racing Horse goes racing on Easter Monday to the lovely CHEPSTOW RACECOURSE, the gateway to Wales and a course we cherish. This meeting is kindly sponsored by FRIARS WALK NEWPORT and it promises a great day out! 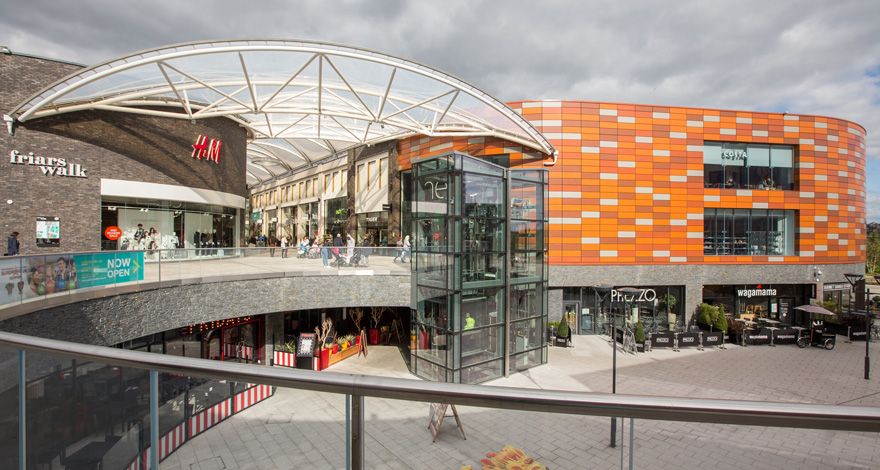 Friars Walk Centre Director, Simon Pullen told us: "We're really pleased to sponsor the Family Raceday at Chepstow. The Friars Walk Newport Easter Monday Family Raceday promises to be an enjoyable day out with entertainment including live music, circus skill workshops, face painting and go carts. Friars Walk is also the perfect place for family fun with a Cineworld, Super Bowl UK, a whole host of family friendly restaurants and shops including Debenhams, Smiggle and more, so it seemed like the perfect partnership. We're looking forward to seeing lots of families at Chepstow on the day."

There is a very good 7-race card with the top trainers in attendance but also plenty of FREE entertainment on site, in fact more than ever booked before! To keep the whole family entertained there is live music from a fantastic Little Mix and Ariana Grande tribute, Panic Circus where your family can practice their circus skills, fairground rides, face painting, a fire engine, go-karts, cricket skills, magician, roaming reptiles, inflatables, bungee trampolines and more! The weather is set fair for Easter Monday and the course will be ablaze with beautiful horses, fun and excitement. If this does not encourage the next generation to come racing then nothing will! Full marks to both the sponsors and the team at Chepstow Racecourse!

The Racing Horse offers our Racecourse Template for Chepstow for Monday 22 April 2019. As always we will reveal those important/pertinent figures that matter. We look at the performance of the different disciplines in both handicap and non-handicap National Hunt races at the course. A cursory glance at the two sets of figures show a huge disparity in hurdle races (47% v 32%) that must be factored into those thought processes. Assuming they have runners or rides we highlight the trainers and jockeys most likely to be involved at the business end, based on current performances.

Scanning the card it looks as though trainer Paul Nicholls and jockey Sean Bowen are the two to follow today! The Racing Horse nap is MAGIC SAINT 3.45 Chepstow.

The Racing Horse looks at each race and offers some pertinent information and betting advice...

Trainer Tom Lacey shows a profit of £80.73 to level stakes when having only one runner on the card (hurdles) and he saddles Silk Run. Also, he has a strike rate of 22% with hurdlers running between 2m2f up to 2m6f

A decidedly trappy opener with a chance taken on MON ELDORADO. He appeals as being on a workable mark on his maiden hurdle exploits and he's surely better than his reappearance effort at the beginning of the month implies. Silk Run, on the back of wind surgery, and Picture Painter head the dangers.

Both of Silk Run's wins have come on good ground and might be all the better for a wind operation. Tom Lacey's statistics also highlight a chance and the 7/2 looks a decent price and we have gone each way to nothing.

Trainer Sophie Leech is 0-39 since December 2018 and only two second-places.

General Bux was an impressive all-the-way winner at Huntingdon (19.9f) on debut for this yard on Boxing Day. Clearly wasn't 100% when pulled up over the same course and distance next time and now equipped with a hood/tongue strap. A selection but with no confidence, especially given the form of the trainer!

This is the sort of race that if you ran it four times you would have different winners. Tactics and who makes the mistake at a critical time to determine the winner, a race we will watch and compare the two Bowen boys in action.

Trainer Sophie Leech is 0-39 since December 2018 and only two second-places. Her runner Stephanie Sunshine is currently the 5/2 joint favourite.

By no means a deep novice, and though STEPHANIE SUNSHINE has her limitations, the pick of her handicap form at this track is the best on offer and she can make her experience count. Influential Lady is capable of getting involved now hurdling, with Lady Marwah also a player, for all this step up in trip is a surprising move.

Influential Lady responded well when third of 11 on second bumper start at Uttoxeter in June. Fitted with eyeshields when disappointing at Worcester 2 months later but in good hands ahead of hurdles debut. Just shades it...

Paul Nicholls strike rate at Chepstow since the start of the 2014/15 season is 23% and saddles MAGIC SAINT. Also, his strike rate with chasers at up to 2m3f is 28%.

MAGIC SAINT was a little underwhelming when fancied for the Grand Annual, then was unlucky to fall last time, but he's unexposed for his new yard and probably still ahead of his mark, so he can regain the winning thread in this sort of company. Full Irish threatened a revival last time and is feared most ahead of Wells de Lune.

Magic Saint was a multiple winner in France who was off the mark for this yard at Wincanton in February. Found little in Grand Annual, then fell having been hampered at Ayr next time. He's the leading player in this and is being considered as a Pacafi.

Paul Nicholls told us previously: "He won the two-mile handicap chase at Wincanton a few weeks ago. He’s just taken a bit of time to acclimatise. At Haydock he was a little bit keen, then he ran a little bit better at Ascot, we gave him a bit more time and then we dropped him in trip at Wincanton 10 days ago and he sluiced in. He jumped well, travelled well and I’ve always been training him with the Grand Annual in mind. From what I know of him I’d say he’d have a leading chance in that, he’s a progressive horse that will just keep going forward. We really like him. Hopefully he’ll be better than a handicapper in time."

MAGIC SAINT is a PACAFI.

While FRIEND OR FOE ultimately proved disappointing back from a break at Haydock, he travelled well for a long way in that competitive handicap and, likely to be sharper this time, the 4yo should prove too strong for Peppay Le Pugh on these terms. Tilson is impossible to make a case for judged on his recent Rules debut.

The Skeltons have been flogging Peppay lately in a bid to hit records. This will be his seventh run since 21 February and he only raced 2 days ago. With a no hoper in this three-horse field we can expect the jockey William Marshall (7) to sit quiet once/if he looks beaten. Would hate to see him driven in the straight. Friend Or Foe still looks a bit short even with the view expressed and not seen fast ground before. The consensus seems for the Nicholls charge to force the pace to make it a true run race, interesting to see what the market says just before post time.

Fergal O'Brien's profit to level stakes is £21.09 when having just one runner on the card (chases) (LOVELY JOB). Sean Bowen has a 22% strike rate at Chepstow and rides Lovely Job.

THE DELLERCHECKOUT's Taunton success has been boosted by the runner-up subsequently and this upwardly-mobile chaser looks well capable of following up in a race that won't take much winning. Shanahan's Turn makes most appeal of the others for all he's not straightforward.

Looks a chaser and opened his account on the second attempt over the larger obstacles (blinkered first time) in 5-runner handicap at Taunton last time. Obvious claims on the back of that.

SOUTHFIELD HARVEST is bred to come into his own tackling obstacles over staying trips, but there's no reason why he can't pick up a bumper prior to that following a promising start at Exeter last month. Piggy Winkle's dam was a triple winner in this sphere and he represents a powerful yard, so he's a newcomer to monitor closely in the betting.

Southfield Harvest displayed plenty of promise when finishing third on his debut at Exeter last month and the son of Kayf Tara could be hard to beat if improving for that experience and round off a great day for Paul Nicholls. He could have three winners today at Chepstow.