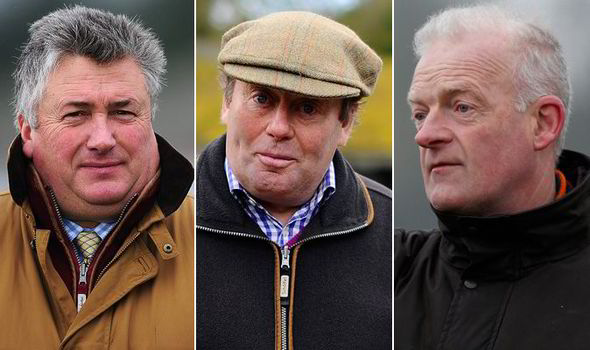 It is not a secret who the best trainers are and right here and now we can confidently predict that Willie Mullins, Nicky Henderson, Gordon Elliott and Paul Nicholls will train at least half of the winners. The reality suggests they will win between 12 and 16 of the 28 races and these numbers are irrelevant of the ground conditions. The number 12 is probably a conservative estimate but even with Henry De Bromhead threatening to gategrash the private party our best guess is that figure will be beaten!

Below was our message to members before the 2019 Festival:

The BEST TRAINERS at CHELTENHAM

Talking of winners 21 of the 28 races at the 2018 Cheltenham Festival were won by just five trainers. They were Gordon Elliott (8), Willie Mullins (7), Nicky Henderson (2), Paul Nicholls (2) and Colin Tizzard (2). Both Irish trainers were on top of their game whilst our two best English trainers came up a little short.

Regarding numbers, both Gordon Elliott and Paul Nicholls under-performed but the top four still won 13 of the 28 races. If we amalgamate the 2018 figures it would be fair to suggest something between 2018 and 2019 happening again so 19 + 13 = 32 ÷ 2 = 16. If we assume/accept  the 2018 figures were particularly high and err on the side of caution our par figure of 14 looks reasonable/sensible.

We are almost certain to go to Cheltenham on Tuesday to witness Pentland Hills bid to win the Champion Hurdle, but from the first race on Wednesday we will open a live blog HERE to count the numbers of the big four and look at their entries in the forthcoming races.