Jumping Jacks at Neath Sport Centre The Racing Horse has been mightily impressed with the work coming out of John Kaighin’s Boxing Gym in Manselton, Swansea. We had previously travelled with the team to Bristol but after a year on the road with his boxers Kaighin (Jak Boxing), staged a home meeting in association … Continue reading

JAKFitness & Boxing Gym Moving Forward We were delighted to be invited by JAKFitness & Boxing Gym to travel to Bristol with three Swansea boxers and witness the fine work coming out of the Manselton Gym. The boxers included the experienced amateur Jamie Paton who was a former Light-Welterweight Welsh Finalist, the Rome-born Romanian … Continue reading 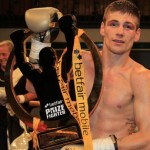 On 30th October 1974 Swansea businessman and boxing promoter the late Eddie Richards, brought to his hometown a live showing of one of the greatest World Heavyweight contests in the history of professional boxing! He had astutely negotiated a deal with London entrepreneur Jarvis Astaire to have the ‘Rumble in the Jungle’ relayed direct … Continue reading

The Racing Horse are great friends and supporters of Team Cleverly. We checked in on them to monitor the preparations for 17th August 2013 WBO Light-heavyweight title fight at the Motorpoint Arena in Cardiff. Nathan Cleverly (26) makes his sixth defence against the unbeaten Russian but Florida based Sergey Kovalev (30) and it is a … Continue reading

Cleverly progress hindered The WBO Light-heavyweight champion Nathan Cleverly is now unbeaten in 26 contests and at the crossroads of his career. He cannot achieve anymore boxing against Europeans or those from the Eastern block or the Commonwealth, he should now be dining on the top table! For this fabulous boxer to realise his … Continue reading 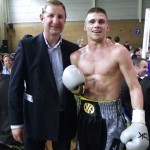 Boxing has a rich heritage in South Wales and a breeding ground for boxing champions and this golden conveyor belt is about to produce another. Chris Jenkins (24), who hails from Maes Yr Hendre in Garnant under the guidance of trainer Ronnie Morris, is climbing the light-welterweight rankings in a manner most thrilling! Has … Continue reading

The Racing Horse pleaded with the Welsh public to wake up and appreciate a talent in their midst! We had lamented the indifference the principality had shown to one of their sons – now hopefully things are about to change! . The live US televison audience saw Nathan Cleverly retain his WBO world title tonight with an eighth … Continue reading

Wales has a population of just three million people yet historically have always been a sporting nation that punch above their weight. Normally those from the principality worship their heroes before delivering them into folklore but on this occasion the Welsh public have fallen seriously short! . Shame on the Welsh public Being an adopted Welshman … Continue reading